In these troubling times when the world remembers the liberation of Auschwitz by the Russian army 75 years ago, many voices of negationism are being raised in parallel, or, more insidiously, expressions of relativism are being heard and are beginning to take root in the passage of memory. For example, recently, in Germany, but also in many European countries, the number of victims of Nazi ideology is openly by young people during history lessons or visits to places of memory. According to a survey conducted by the YouGov research institute at the request of the German news agency dpa, 22 percent of those surveyed believe that the Holocaust is too important a topic in the German culture of remembrance. The rise of extreme right-wing extremists in the political and public arena is not unrelated to this worrying process, with the very problematic access of the AfD party to the most important political bodies in Germany, given that Alexander Gauland, the leader of the AfD, declared in 2018 that “Hitler and the Nazis are but a bird shit in over 1000 years of successful German history”.

j:mag supports the call of the ilb and worldwide screening of Shoah by Claude Lanzmann. 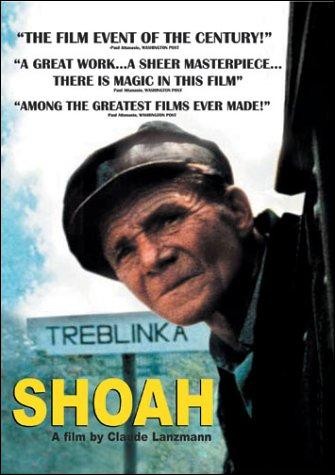 All participants in the Worldwide Screening are listed on www.worldwide-reading.com

January 27th 2020 will mark the 75. Anniversary of the International Day of Remembrance of the Victims of the Holocaust. The international literature festival berlin (ilb) called for participation in the worldwide screening of “Shoah” by Claude Lanzmann. This can take place privately in a small circle, in a school, in a cinema, in a cultural institution or through a TV channel.

In the 9½-hour film “Shoah” both, surviving victims and perpetrators of the systematic extermination of Jews by the German Reich, have a chance to speak. Lanzmann worked on the film for eleven years, from 1974–1985. The Berlinale awarded the director the Honorary Golden Bear for his life’s work in 2013. His film is regarded as an »epochal masterpiece of memory studies«.